Skip to content
Notice: Contribute Travel Articles
Contact us
Welcome to Traveling To World: The Smooth way to World Discovery > Travel > 13 Destinations in India Lying in the Lap of Nature 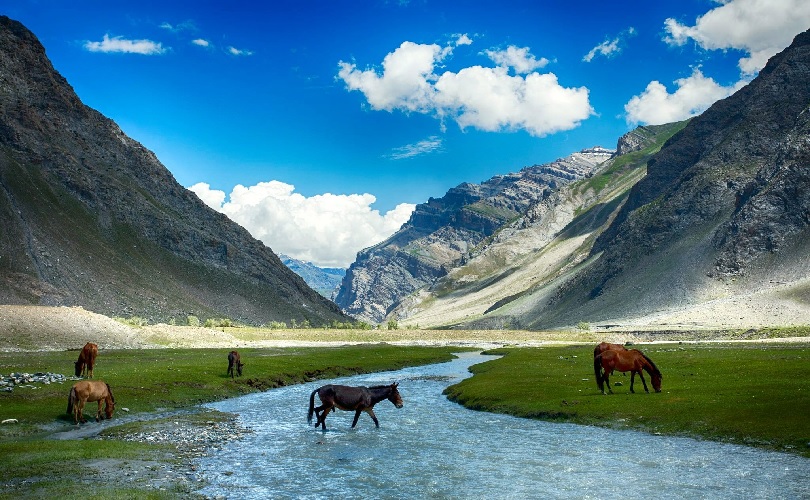 High risen hills and deep valleys are usually left untouched by the modern amenities and hence, the pristine natural bounty at these places provide tranquility to the souls. The clean cold air, the hot tea, the warmth of the fire, is all appreciated even more at these places. Here are 13 of such places, each with its own uniqueness and aura! 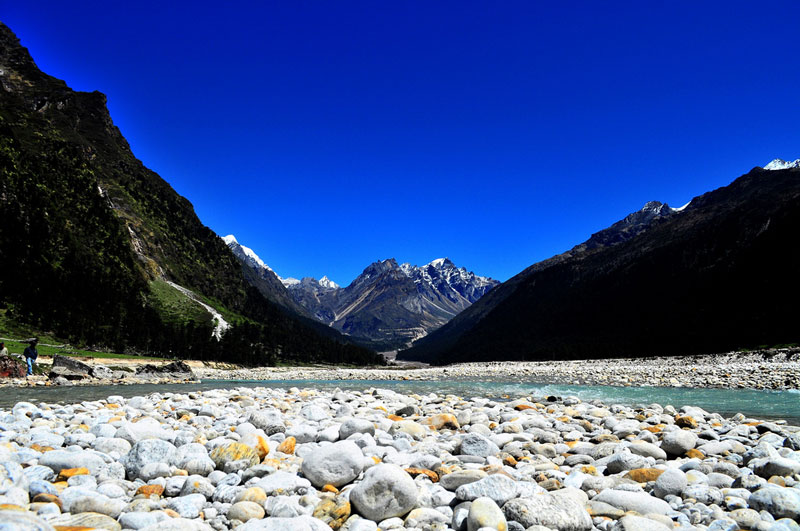 Adorned with hills touching the clouds on all sides, this little valley encompassed with pretty flowers and greenery all around is India’s best flower sanctuary. One is welcomed by yaks and geysers, clear flowing rivers uncorrupted and unpolluted from the glaciers and an abundance of colorful flora. Words cannot describe how breath takingly serene the place is, and no number of pictures can capture the surreal beauty of this valley! 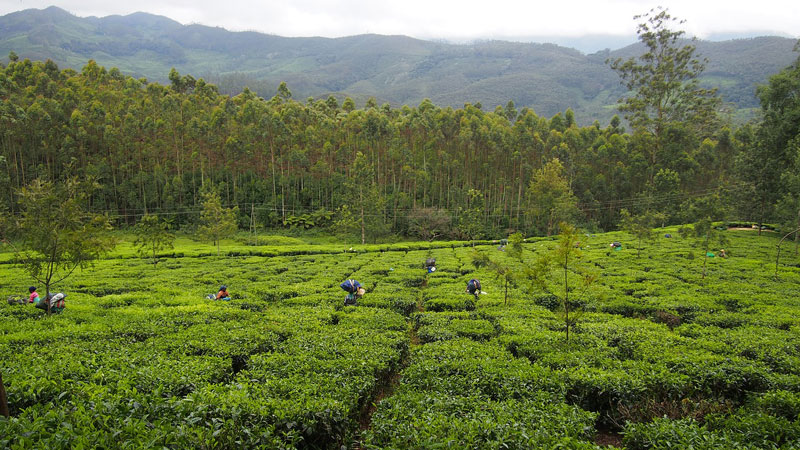 If the name of the place isn’t enticing already, the tea garden hill of Munnar is a place where you can witness how tea is processed, at the comfort of staying there. One will have never thought mother earth could be equipped with so many shades of green! Cheap and top-quality tea, do make sure to bring a lot of it back home as a souvenir. Also, do take a camera to get entrancing panoramic shots of the place! 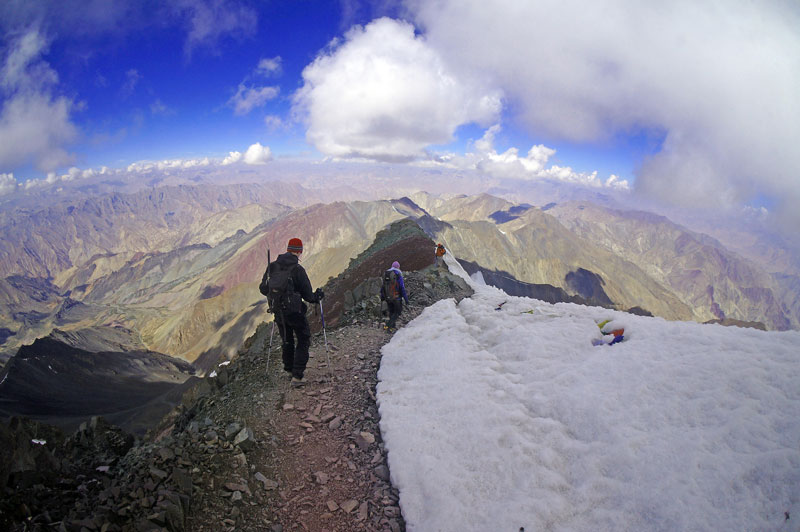 Mostly visited for mountaineering and trekking, the Stok Range is a group of mountains that excite mountain enthusiasts. It has rocks of such surprisingly colors like purple and green! The tallest peak is Stok Kangri, which has pretty flower bed and rivers flowing through. There are several treks and climbing groups you could join if you wish to visit! 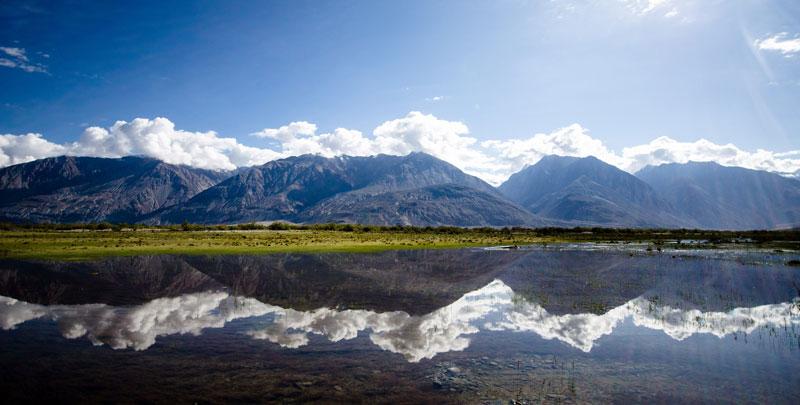 Located a little north of Leh, nestled between the Ranges of Ladakh and Karakoram, it was previously called Ldumra- the valley of flowers.  One can see the Siachen Glacier, and the Shyok River from here. It is famous for its symbol of peace, the sculpture of Maitreya, which faces Pakistan! It has a lot of passes, but Khardung-La is the most popular one.

Experience Diversity with Holidays in India 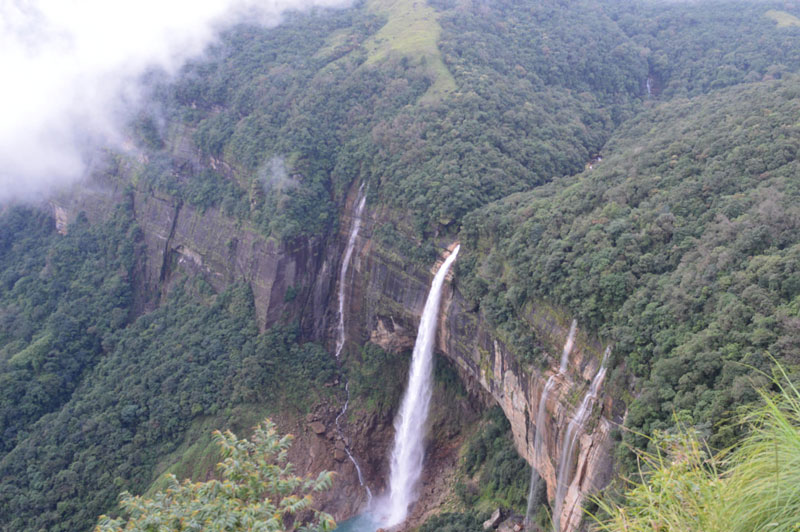 Deemed the tallest waterfall in India, the Nohkalikai falls are found near Mawsynram in Shillong, which is the wettest place on earth! The name of the falls translates to the jumping of Kai Likai, a woman who leaped off the cliff next to the falls, a tragic local story indeed. The scenery is like none other, but do make sure to find a good viewing spot from the locals. The Falls are at their best in the monsoon months but they run throughout the year. 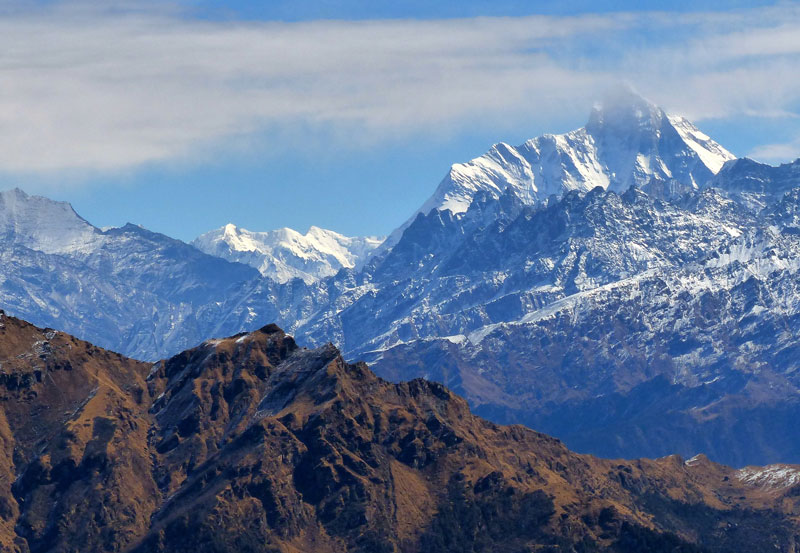 This peak is located in the lofty ranges of Uttarakhand, Gharwal Himalayas. Being the second highest in India, and twenty third in the world, it has a delicate eco biology and is has a national park which is a UNESCO World Heritage Site. It is certainly obvious that climbing this peak is not an easy task, but if one has mountaineered before, they must definitely make it a point to visit!

15 Must Visit places in Uttarakhand 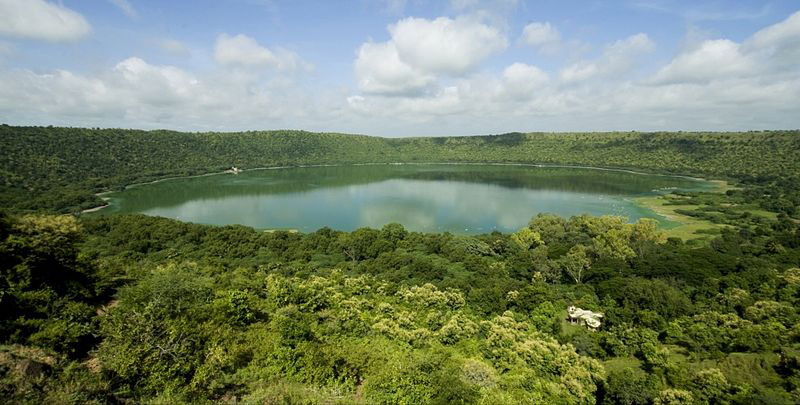 Known to be formed of a crater impact, and the only one of its kind on Earth, the LonarSarovar (Crater Lake), is over sixty thousand years old! It has a lot of interesting by products, and a rich history- ranging from being under the reign of King Ashoka, to the Nizams and Mughals. The lake has attracted a lot of scientific interest, and still continues to do so, as many things yet remain a mystery! 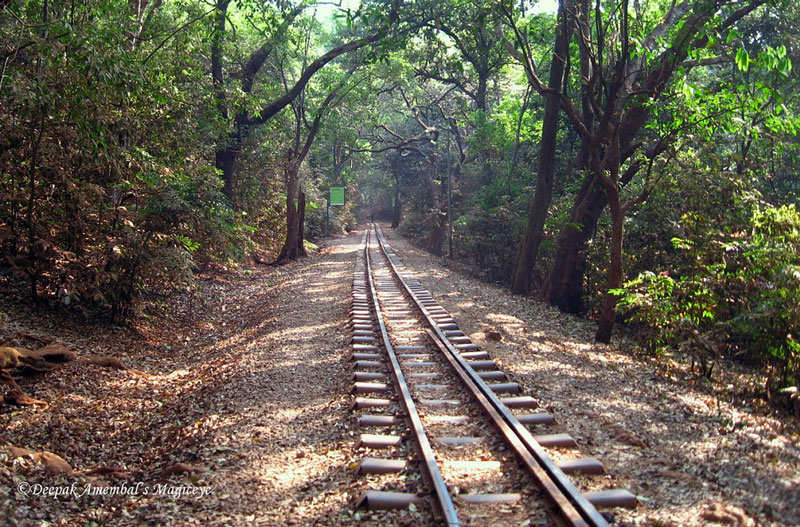 A mesmerizing hill station in the state of Maharashtra, it is the smallest one in India. It has several viewpoints, with funny names such as Monkey Point and Porcupine point! One must catch a ride on the toy train, and be on the lookout for notorious monkeys! One can also indulge in horse riding, with well trained and fed horses. 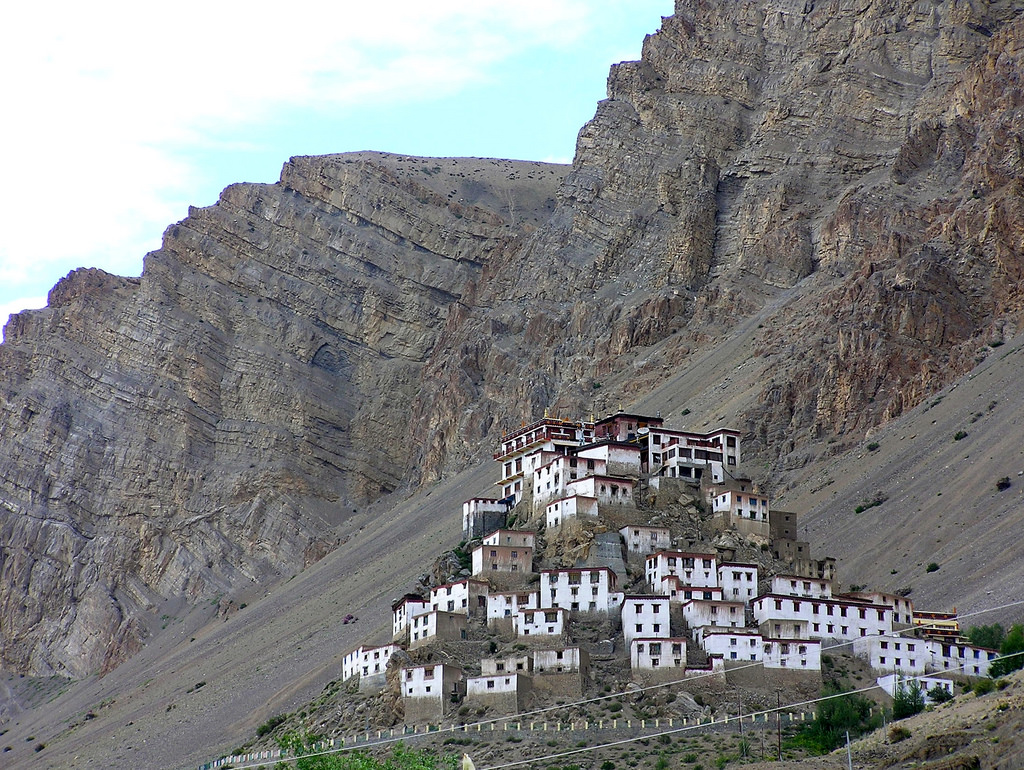 The Kye Gompa, is located in Spiti district of Himachal, and is the biggest in the district! It is fairly accessible, but one is advised to not take their own vehicle, because it is better to keep a piece of land as unspoiled as possible for as long as possible! The monastery is completely worth the visit! It is a religious meditation site for Lamas, and gives you a chance to connect with the spiritual side of you as well!

Fall in Love with Natural Serenity of Himachal 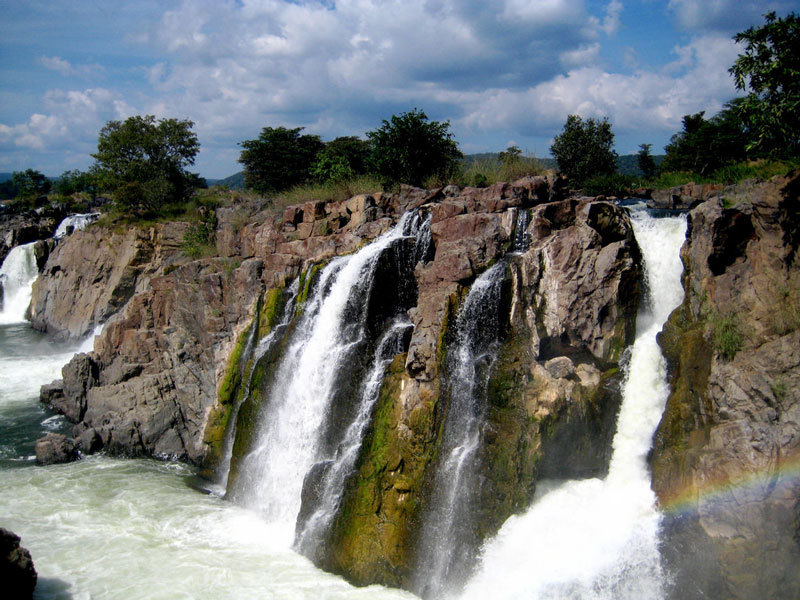 The natural waterfalls of the River Kaveri, mostly visited during August to November, these falls are perfect for playing in. Being quite short, of about only 20 meters in height, these falls are a great source of entertainment. Another attraction is the rock formation here, which are supposedly very ancient. There is also a crocodile museum/aquarium! 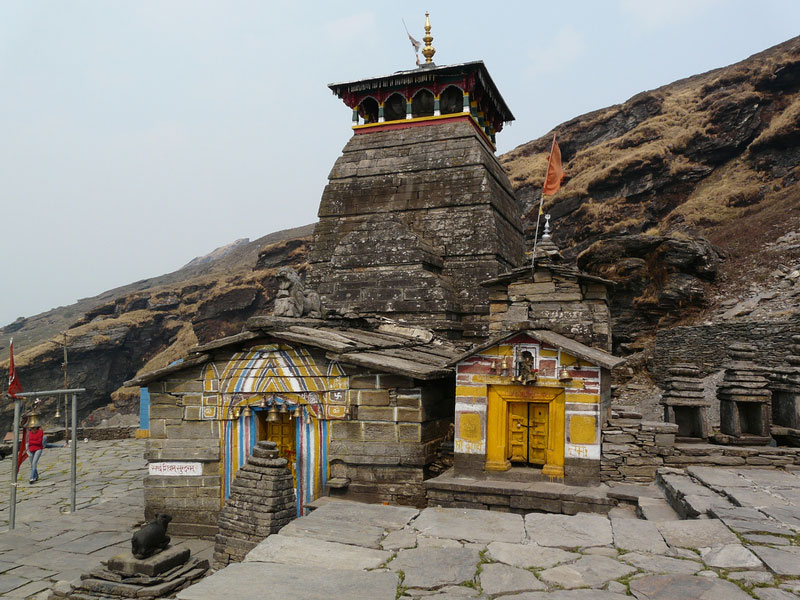 Situated in the mountain range of Tungnath, this place has the highest temple, with various old myths and mythological significance! It is believed to have been built by Arjun, of the Mahabharat. There are also places to trek and camp, and a unique sole deer sanctuary! This place has something in store for everyone! 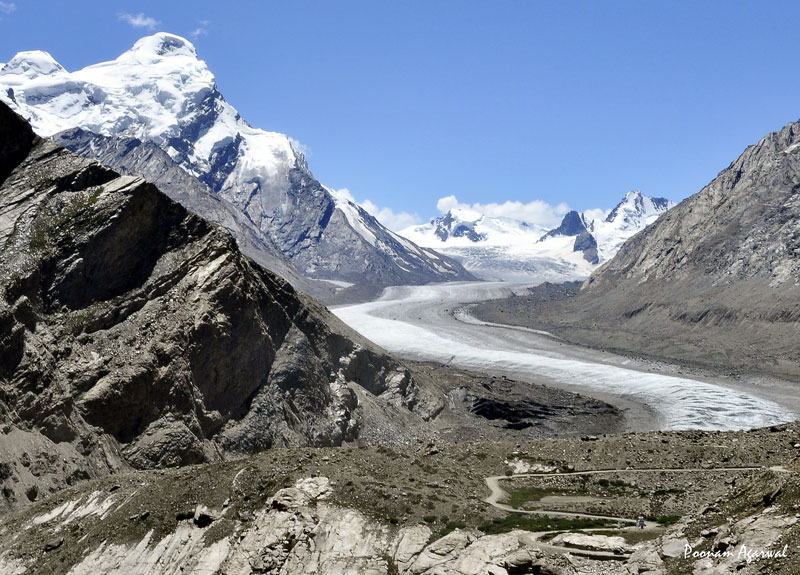 Photo by Poonam Agarwal, CC BY 2.0

This glacier, next to the Pensi La pass in Kargil, is home to a variety of animals that are inhabitants of this cold area. Wild mazut, blue sheep and white fox can be spotted here, it being one of the biggest accessible mountain glaciers in the world! It has a motorable road right next to it, and is extremely chilly! Do make sure to load up on warm clothes if you want to visit this escape into the lap of nature! 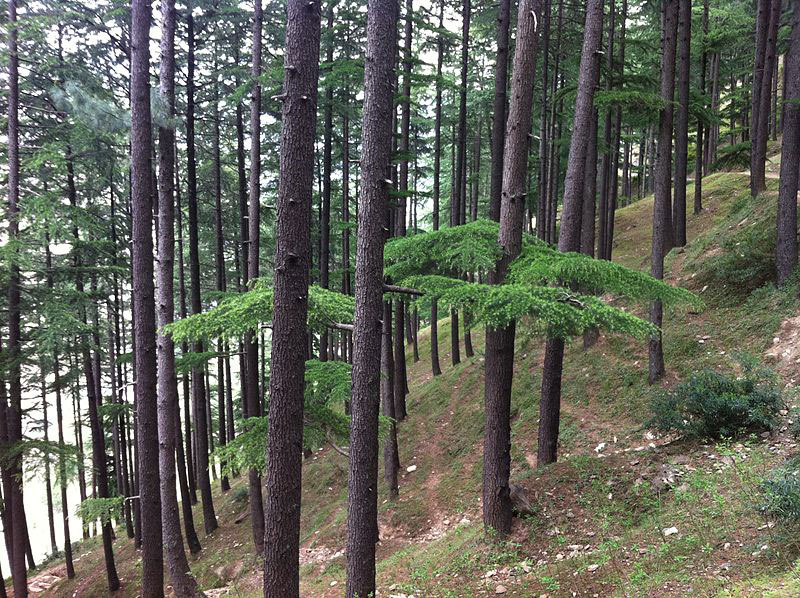 Considered an oriental tree by the Europeans, this species entices many with its magnificence and astounding height. The forest is quiet, looks quite haunting in the dark, but is indeed a true spectacle! They cover a large distance, from Hind Kush to the Himalayan Range. A one of a kind site in India, it is a must visit for all who’d like to witness just how beautiful nature can be!