Contact us
Welcome to Traveling To World: The Smooth way to World Discovery > Asia > 10 Highest points of the world that are located in India 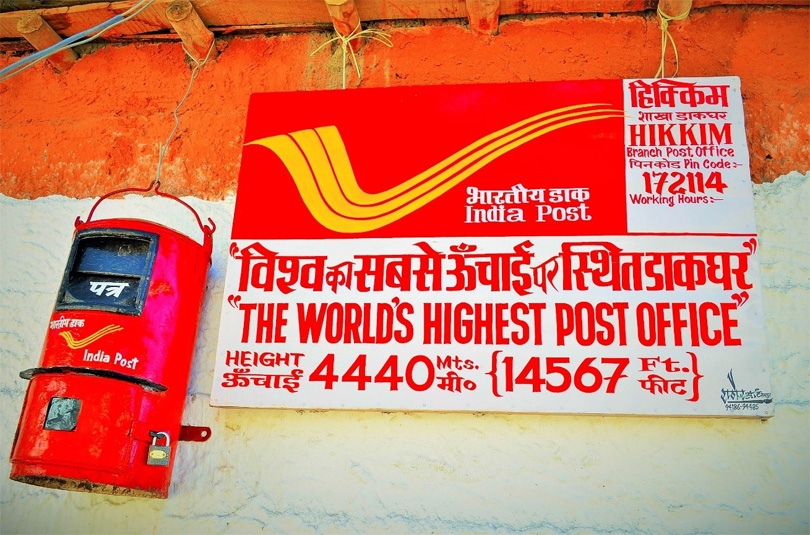 India is famous for many things and there’s a lot about our incredible nation that we do not know much about. Let’s have a look at some of the highest points of the world that are located in India 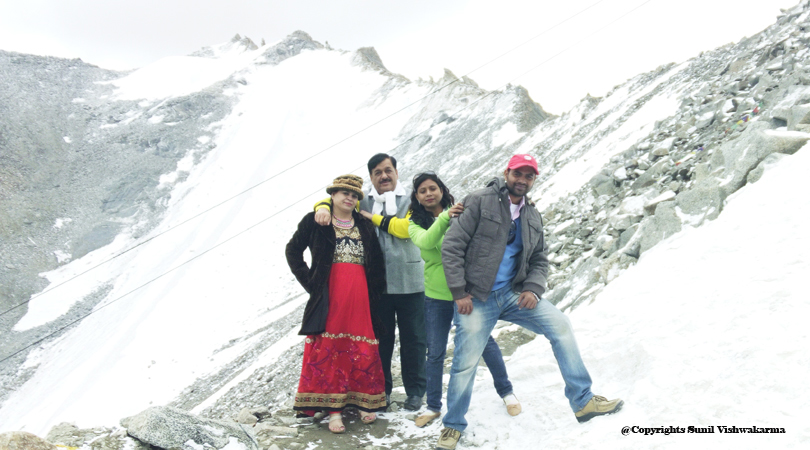 Situated on the way from Leh to Nubra valley of Ladakh, Khardung la pass is among the scariest roads to ride through.  The path remains open all year long as the most accessible roads in the valley. Khardung la –means ‘pass of the lower Castle’ which clearly justifies what it stands for.

Leh – A Beautiful And Historic Hill Town In The Highlands Of Himalayas. 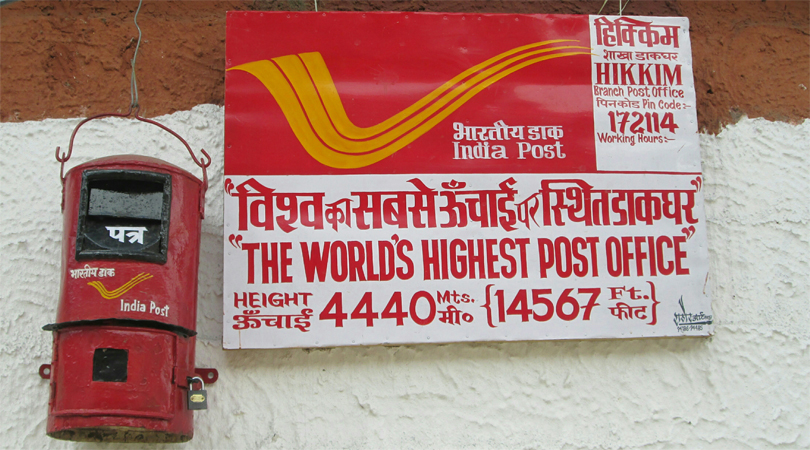 The post office located at such much of a height is something beyond imagination, but India proves it’s real. Started in 5th November 1983, the post office handles approximately 20 letters daily under the management of Rinchen Chhering. It also holds the savings of around 50 people. The post office remains closed every year for 6 months because of higher snowfall.

Fall in Love with Natural Serenity of Himachal. 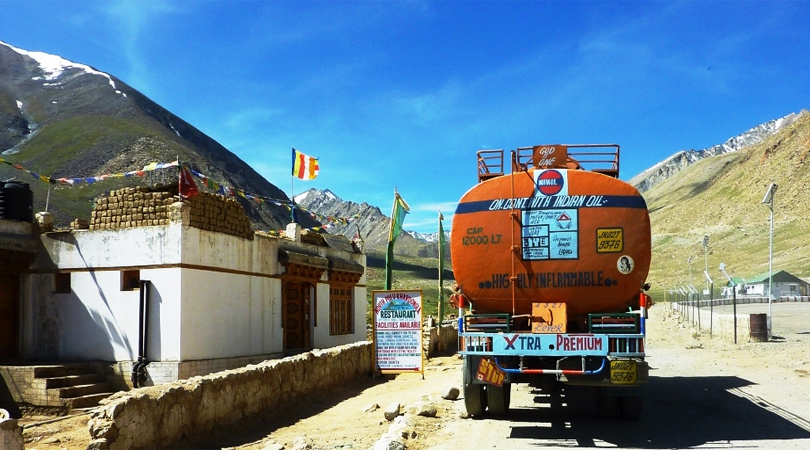 There is a petrol pump situated at the Losar road of Kaza village. This service station is pretty old fashioned, showing only the quantity of the petrol filled and not the money that should be accordingly. 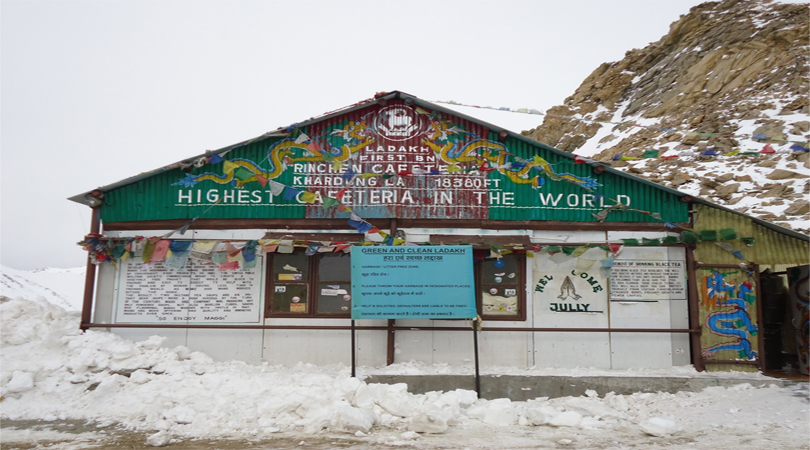 The café which is named after Colonel Chewang Rinchen for seizing Pakistan occupied Kashmir, is the most highest café located at the height of 5,602m. the place offers black coffee ,tea , Maggie and momos along with some souvenirs which you can buy from the army- run merchandise shop.

Interesting Facts about Ladakh you Should Know. 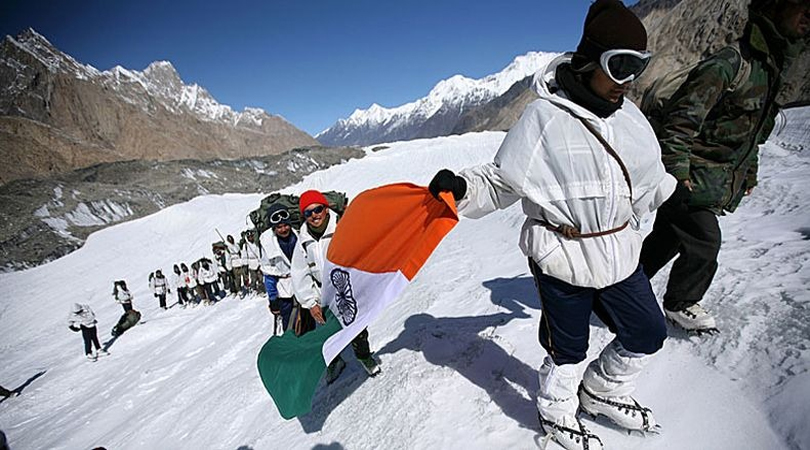 The place is a long 76 kilometers mass of barren ice, which is so high that you even your speech get blurred, faces snow storms so frequently that no one is able to come and go out from the place for months. The place is also famous for taking the lives of around 846 soldiers in the last 30 years. This exceptional sight is located at the highest point in India.

Experience the Best of Himalayas with a Refreshing Trip to Ladakh. 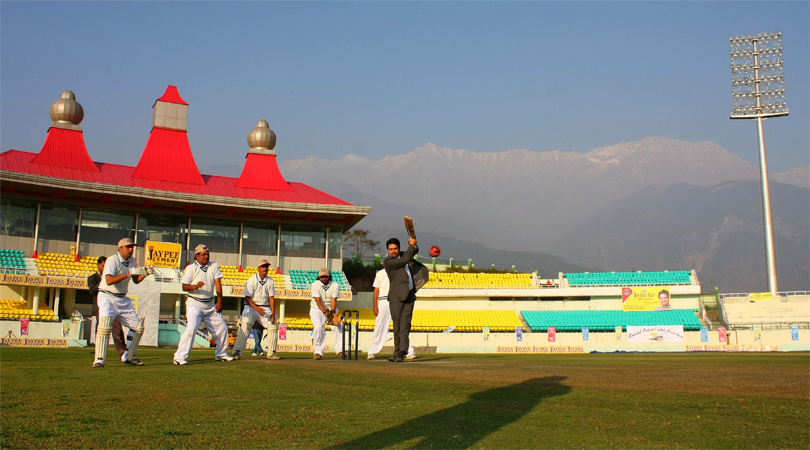 The place located so high is built in the year of 1983 when the hill was leveled by Maharaja Bhupinder Singh of Patiala to construct a cricket pitch. The land is also used as a playground for football along with Polo matches organized by the Chail Military School. 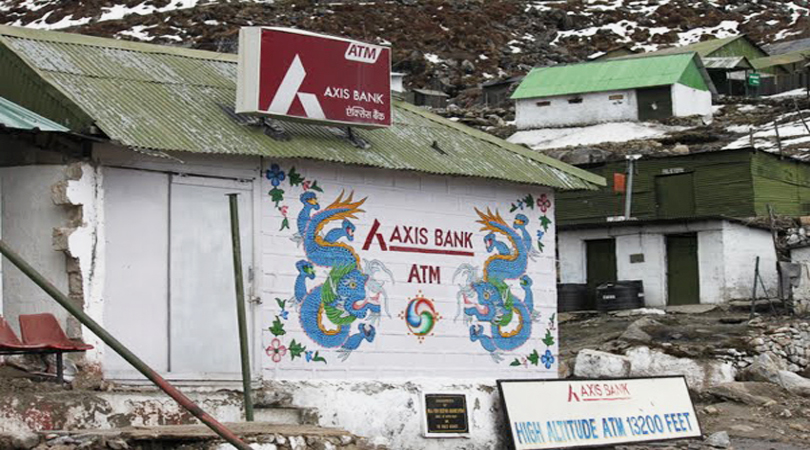 The ATM is situated at Nathu la, Sikkim and is the highest ATM in the world. The region is so high that it had to face tough weather conditions and less amount of power supply, making the machine work only during the day. 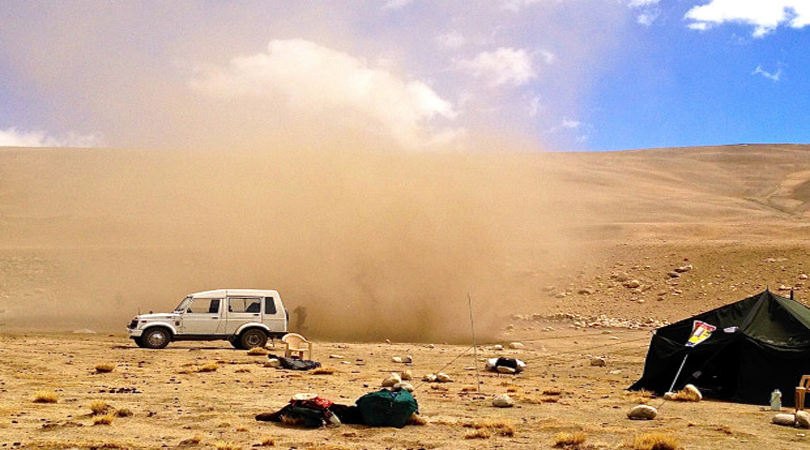 Anlay Phu is the highest polling booth in the world, located at an elevation of 15,000ft. after going through the most difficult trekking of hours through the mountains full of desert, around 85 men and women comes to register their vote during elections in 2014, making it the most unique feature of India. 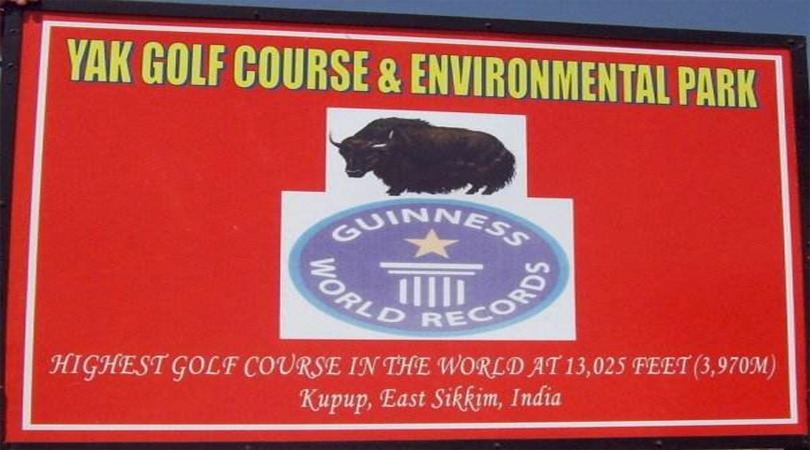 The place got started in the year 1973, as an 18- Hole golf course, which got affiliated to the Indian golf union since 1985. The place includes its name being mentioned in the Guinness Book of World Records as the uppermost golf course in the world. The ground also hosts many events of ice skating, ice hockey, baseball and skiing events.

Eye Catching Destinations in India Which You Should Visit in 2017. 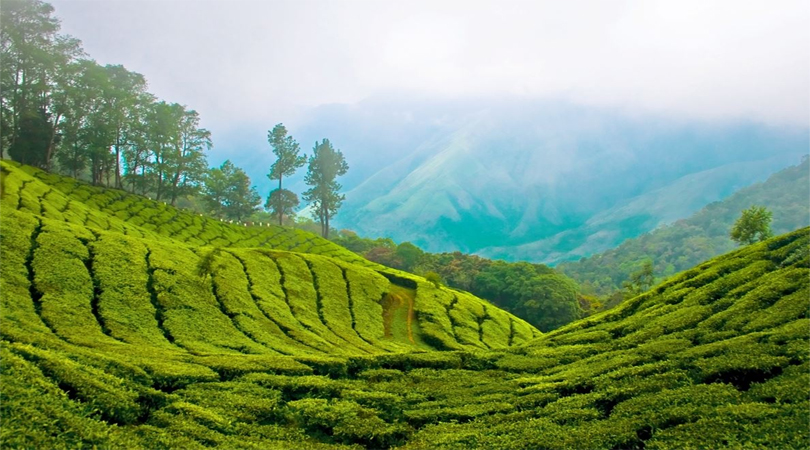 Munnar has Highest Tea states in the World, Located at an elevation of 7900 ft, the place is famous for growing some flavorsome teas. The industrial unit of the place uses the traditional way of processing the tea, which is completely different from the crush- tar-curl way method. One can also buy some freshly prepared tea from the outlet.