Skip to content
Notice: Contribute Travel Articles
Contact us
Welcome to Traveling To World: The Smooth way to World Discovery > Travel > Top 10 cultural and festivals that you will love in Fiji 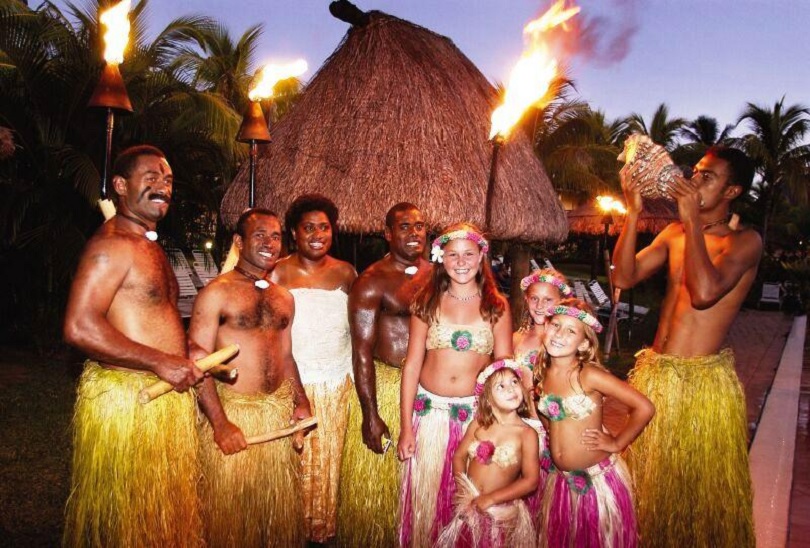 Fiji is quite famous for its picturesque natural beauty, secluded beaches, tropical climate and the welcoming local Fijian people. However, along with this, the stunning archipelago is famous for its cultural traditions that enable the visitors to witness the Pacific heritage. In the past, there have been a number of inhabitants who have settled down in Fiji which is the reason behind its rich cultural diversity.

Below, I am going to showcase the top 10 festivals that you will love while on a trip to Fiji. 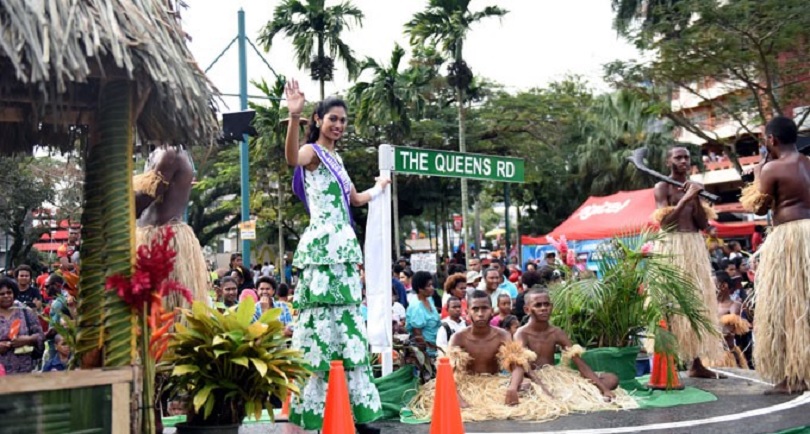 The Hibiscus festival is held in the month of August in the capital city of Suva. However, the festival is not limited to Suva and has even spread to the other Pacific nations. The festival is the best way to experience the different elements of the Fijian culture. During the festival, you will be able to witness the musical and dance performances, food stalls, parades, talent shows and carnival rides. The Miss Hibiscus title draws a lot of attention during the entire festival where thousands of participants come from all over the islands to compete for the title. 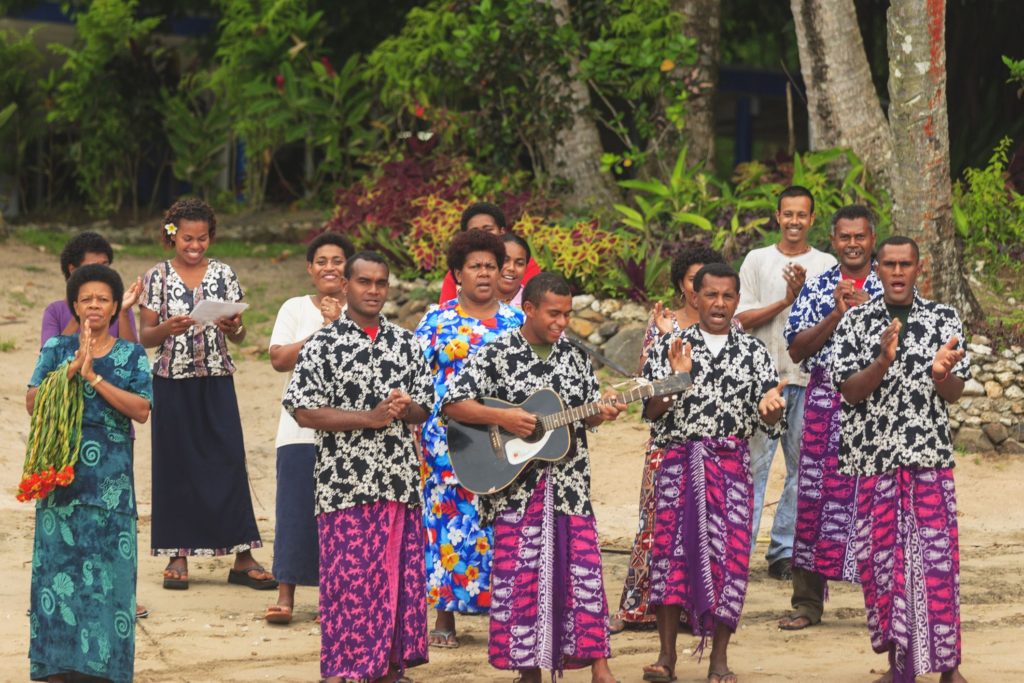 Held in the mid of July, the Bula Festival is held in the town of Nadi on the other side of Viti Levu. The festival marks the celebration of the rich heritage of Fiji. Concerts, rides, traditional dancing are organized for making the whole event entertaining for the audiences. You will be able to check out some of the exotic local Fijian foods during the course of the festival. The festival is concluded by organizing the beauty pageant where the ‘Miss Bula’ is elected.

Some Largest Malls in the World. 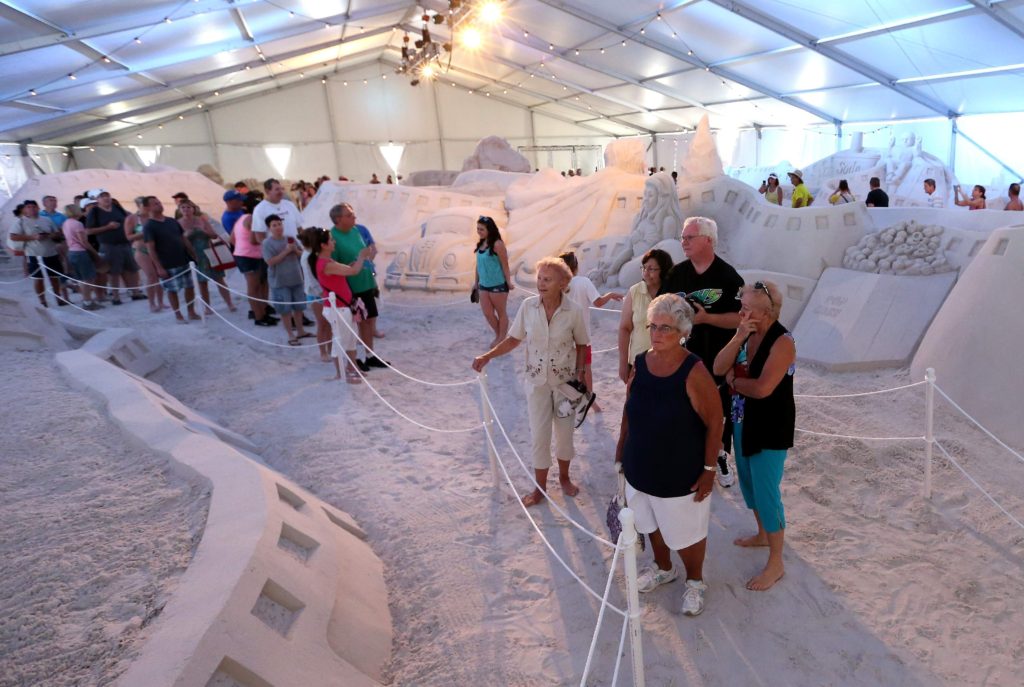 The Sugar Festival is celebrated in Lautoka which is the sugar capital of Fiji which is also the second largest city in the country. It is held every year to celebrate the profitable sugar trade of the island nation. The whole festival is a pretty light hearted and fun affair that has all the typical performances, activities, food stalls. Like the two festivals mentioned above, the Sugar Festival also has a beauty competition where along with the ‘Lady Sugar’ there are few other titles like the ‘Miss Sugar Teens’, ‘Mr. Sugar King’ is also given.

Some Charismatic Opera Houses in the World. 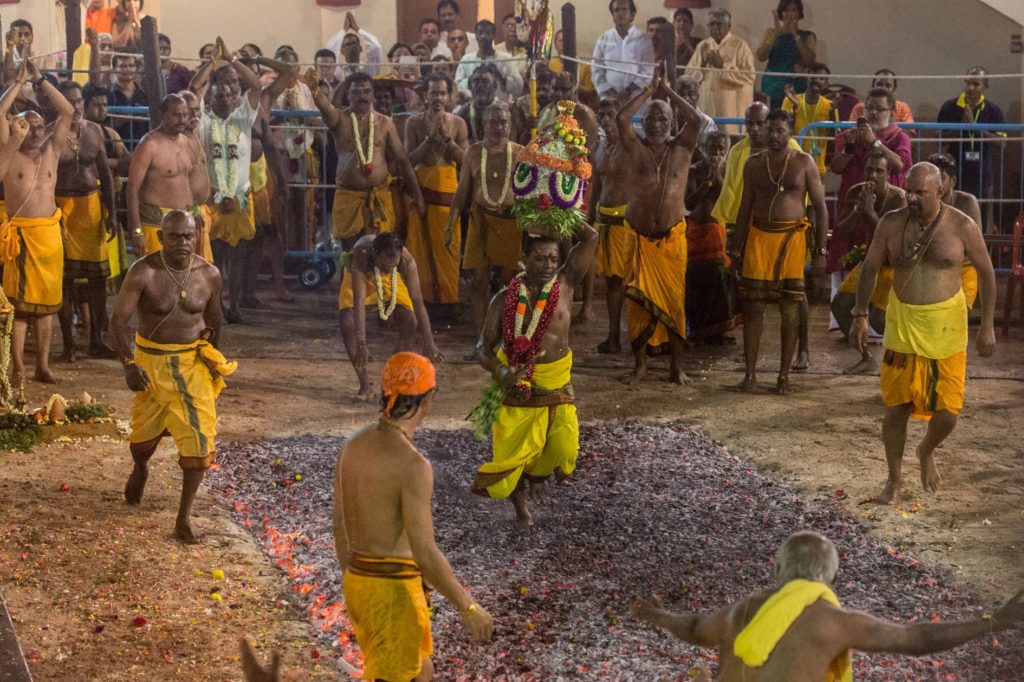 The Beqa Island which is located at a distance of five miles from the southern coast of Viti Levu has a tradition of fire walking. In this, people indulge in walking barefoot over the hot coals and embers. This act is performed frequently along the Coral Coast and has even crossed the lagoon. This annual event is organized at the Mariamma Temple, where the participants have to meditate and refrain themselves from any kind of sexual act for 10 days. All this is done to bring spiritual and physical cleansing among the participants. 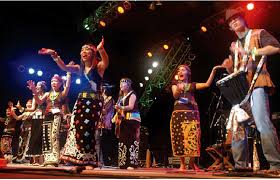 Fiji is known as the heart of the Pacific music culture. Every year in June, the World Music Festival is organized in the capital city of Suva. Musicians and talented artists from all over the World will come and display their extraordinary talents to the people. Reggae, a form of music that originated in Jamaica is quite popular during this time. Along with it, the traditional Fijian music is also very popular. The festival first started in 2006 and has gradually grown since then.

Best Wedding Destinations Across the World. 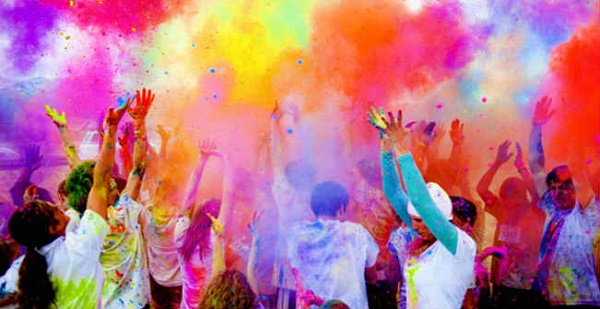 As Fiji is home to rich Indian culture, there are a few Indian festivals that are celebrated all throughout the island nation. One such Indian festival is Holi which has become a popular event in Fiji. Holi is a Hindu festival in which people will gather together and throw multi colored powders at each other. This is done to mark the beginning of new relationships and strengthening the bonds among the older ones. People forget and forgive all the bitter events that took place among themselves and solidify their friendship.

Most Creative Cities of the World that will broaden your imagination. 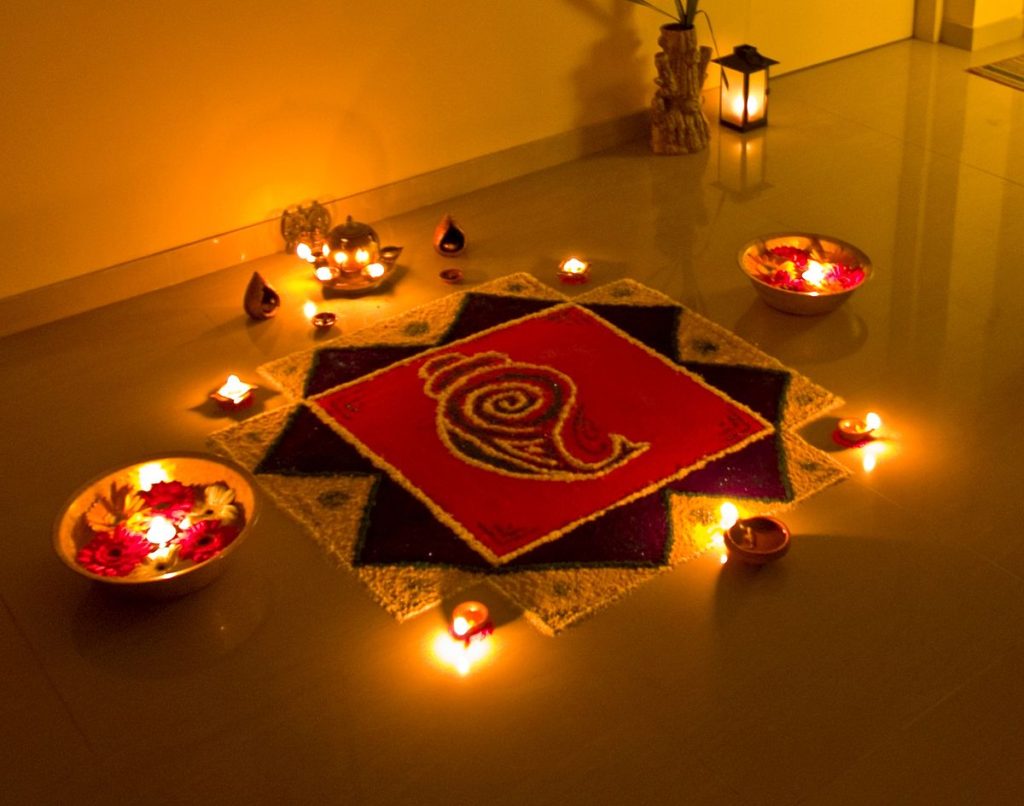 Similar to Holi, Diwali is another Indian festival that is embraced by all the different communities of Fiji. The importance of the festival can be seen from the fact that the day of the festival is declared as a public holiday in Fiji. This showcases the communal and multi cultural nature of this amazing archipelago. On the day of Diwali, you will see houses lit with lanterns and candles for honoring Lakshmi, which is the Goddess of harmony and prosperity. Along with this, gifts and sweets are shared among the different friends and family members. 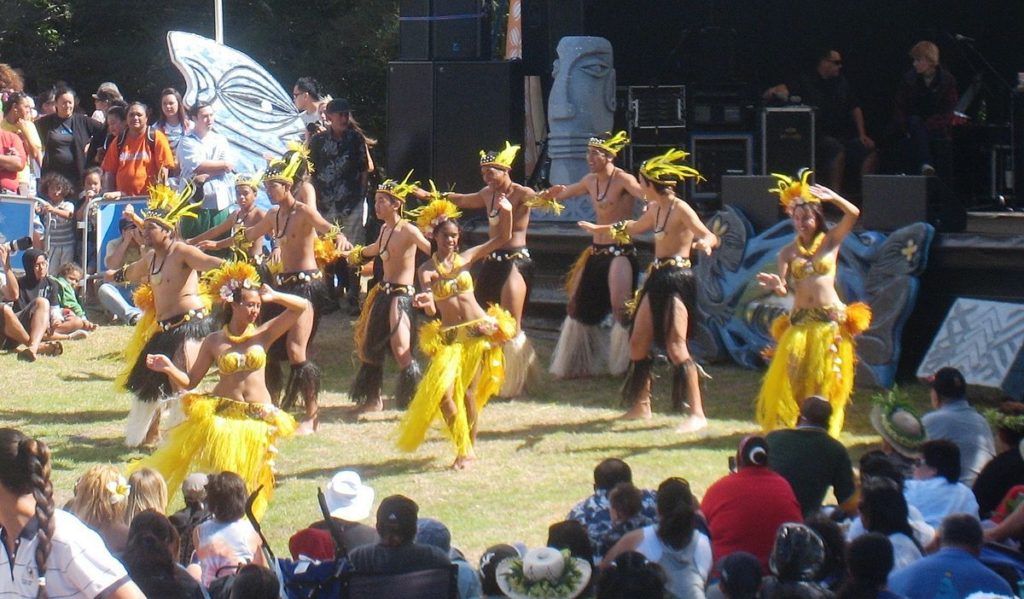 Rotuma Island is a unique member of the Fijian islands which is culturally and socially very distinct. The island has its own indigenous ethnic group that is mostly influenced by the Polynesian islands of Tonga and Samoa. Every year the people of Rotuma celebrate Fara in which large groups of musicians, singers and dancers entertain the audiences and encourage the other people to participate. 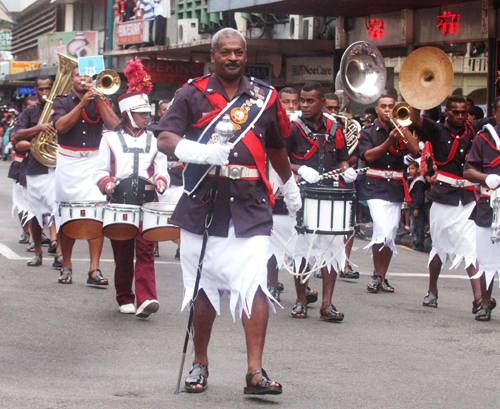 For several decades, Fiji was under the colonial rule of the British. However, on 10th October 1970, the island nation was finally granted independence. The day is a significant milestone in Fiji’s history and is celebrated every year. Celebrations and festivities go on for a week long in almost each and every city of the country. There are numerous events which are organized for honoring the occasion. These events include performances, military parade, street parties and speeches.

Most Crazy Adventure Sports in the World.

Every year the Friendly North Festival is held at Labasa, which is a crowded and busy Indo-Fijian settlement on the Vanua Levu island. The festival is being celebrated for around 40 years now and there is a dedicated committee which is behind making the event a successful one. The Friendly North Festival is similar in scale to the other big festivals which are celebrated on Viti Levu. The idea behind organizing such a large scale festival is the less developed and remote island as a tourist destination.

Gorgeous Floating Villages in the World.

Above is a brief description about the top 10 festivals which are celebrated in Fiji. If you happen to visit any of the Fijian city at a time when any of the festivals are being celebrated then you should definitely witness it. The experience which you are going to get by being a part of these festivals will be cherished by you for the rest of your life.