Contact us
Welcome to Traveling To World: The Smooth way to World Discovery > India > Basgo Gompa – An Unheard Gem in Ladakh 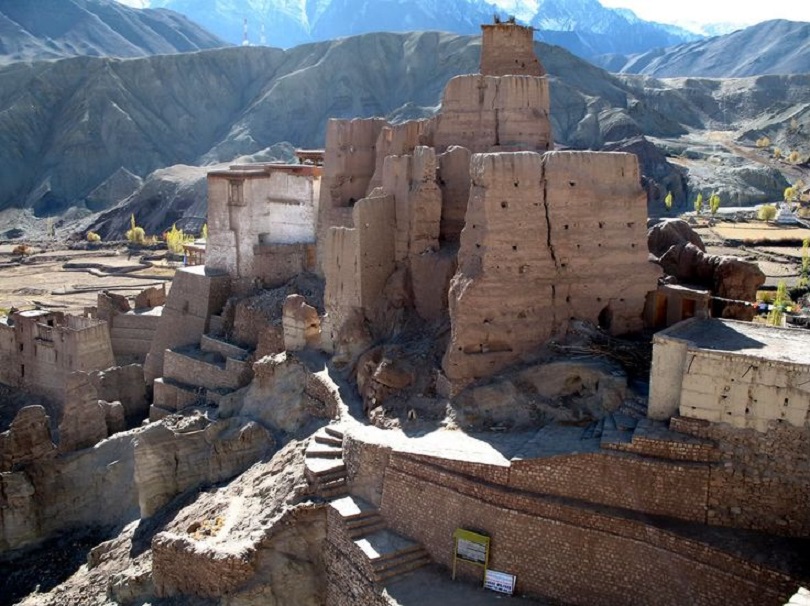 Everything about the ancient Himalayan kingdom of Ladakh, cradled amidst spectacularly jagged, barren mountains, screams grandeur – be it the range of endless mountains, the arid landscape dotted with crystal clear lakes, glaciers shimmering in the bright sunshine making the best way of how to reach Ladakh a continuous thought on the minds of adventure-loving tourists. 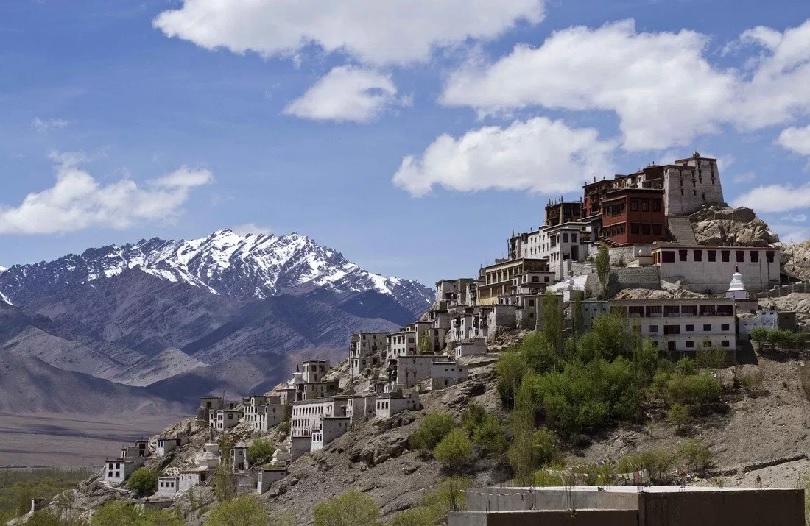 After you have figured out your best way of how to reach Ladakh, a drive towards west from Leh on National Highway 1D is guaranteed to catch any your attention to this brightly painted white and red monastery overlooking the village ruins of Basgo. A mud side path from the highway leads to a side valley and after crossing a ford, you enter the complex of Basgo Gompa known to the Tibetans as the ‘Divine Peak of Great Stability’. This complex comprises of the Basgo citadel or fortress and three temples. These were built by the Tibetan king Gragspabum and his descendants in the 16th and 17th centuries, though some historians argue that the fortress existed much earlier.

What is left amidst the ruins of the fortress is a long lower wall with the remains of shelters for animals and broken yet majestic towers. A lack of written history has been instrumental in lending a lot of mystery to this elusive mud-brick fortress.

The three mud-brick temples located inside the rammed earth walls of the fortress are dedicated to Maitreya Buddha – the fifth incarnation of Sakyamuni, who is also popularly known as ‘Future Buddha.’ These buildings seem very austere from the outside, but rich and colorful murals adorn the interior walls showcasing vignettes from the life of Buddha; some showing Padmasambhava, Sakyamuni and other Buddhist deities in meditative moods.

The largest of these temples is Chamba Lhakhan built atop the hill and can only be accessed through a set of steep stairs. You get the most excellent views of Basgo village and the entire ruin complex from here. It holds a 14 meter high, gilded statue of the Maitreya Buddha. Some people believe that the ancient fortress were not built by the Tibetan king, but by Jamyang Namgyal and it was his son, Singge who built this two-storey high golden copper-gilded statue in the memory of his father. This temple also is home to some of the most extraordinary celestial paintings of the heavens and heavenly bodies.

The second temple, Serzing Lhakhang is lower down the hill and is older than the first one. It is very dark inside, and along with another statue of Buddha, there are cabinets containing holy books and some of the scripts here in this room are written in gold, copper and silver letters.

The third and smallest temple, Chan Chung is at the bottom of the hill and is the ideal place for taking pictures of the adjacent fields and villages. The chief colours in this temple are dark blues and reds making it very dark inside; it also contains a huge statue of Buddha flanked by murals of protector gods on the walls.

Experience Diversity with Holidays in India.

Inspite of being such a rich and beautiful historical site, Basgo Gompa receives very few visitors which is a shame because tourists running after the popular well-known places to see in Ladakh are missing out on a unique and one-of-its-kind experience of this Basgo Gompa’s legendary murals.