Jodhpur is one of the major tourists destinations of Rajasthan. The city has a rich contribution to Indian history. Mehrangarh Fort is one of its pride. The township surrounding the fort area is known as ‘Blue City’. Here is the brief description of the place. 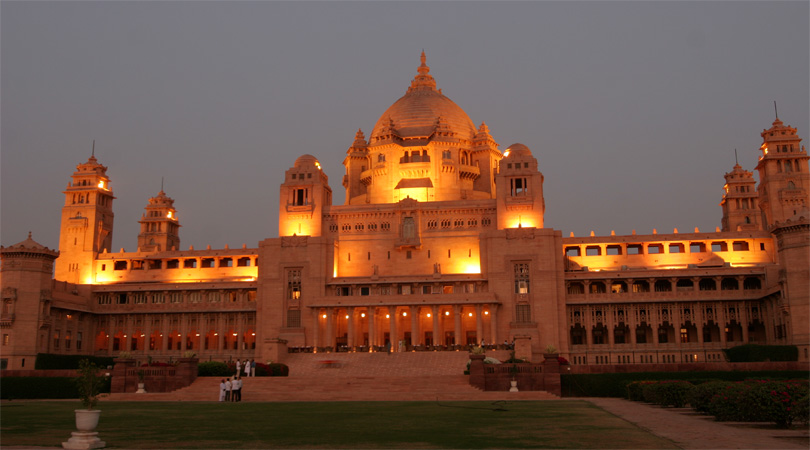 Rao Jodha, a chief of the Rathore clan founded Jodhpur in 1459 and the city adopted its name from him. Being the second largest city of Rajasthan, Jodhpur is divided into old city and new city. The city is dubbed as the ‘Sun City’ because of its bright weather throughout the year. The cultural heritage, the monuments and palaces spread across the city are its pride. Tourists from all over the world come to witness the heritage sites of the state. Apart from nurturing the modern amenities, Jodhpur has well-preserved its ancient sites. As the state is widely visited by both the international and domestic travellers, there are enough 4 star hotels in Jodhpur. The prime location of the hotels makes it easily accessible from the major spots. 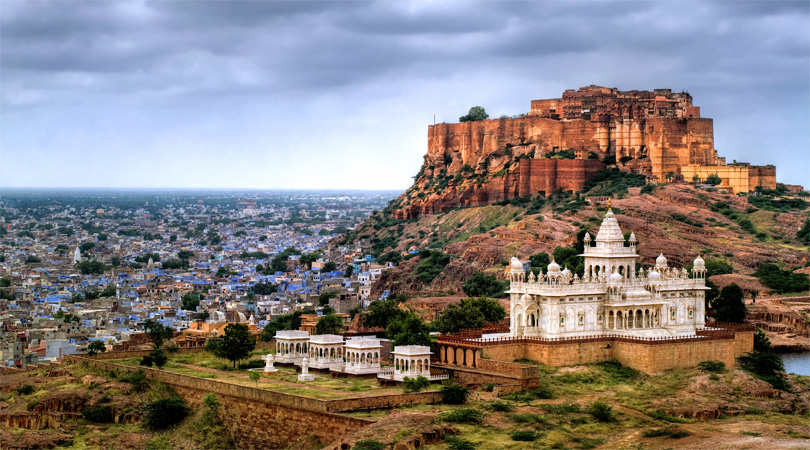 The city is also known as the’ Blue City’ as the houses around the Mehrangarh Fort are all painted blue. Situated on a 150 m high hill, Mehrangarh Fort is one of the magnificent forts in the whole Rajasthan. This glamorous fort was built by Rao Jodha and still retains its glory. The circular road from the city will take you to the fort. You have to pass through seven gates. While passing the gates and entering the fort complex, you will witness different marks of the bygone era. Especially the second gate still bear the mark of cannonball hits during a war. The huge structure of the Mehrangarh fort will surprise you. The Jodhpuri style of architecture and the hard work of sculptors will make you wonder, how much talented they were. Even after so many years, the Mehrangarh Fort is dazzling in the heart of the Jodhpur. Mehrangarh Fort gallery and museum will enhance your knowledge about the past. The gallery exhibiting the finest arts and instruments will surely take you back to the royal era. It is an awesome experience to encounter the royal history so closely. Take your time and slowly explore the fort. Umaid Bhawan Palace, Government Museum, Jaswant Thada, Rai Ka Bag Palace, Mandore Garden, Nehru Park are some of the beautiful and must-visit places in Jodhpur. 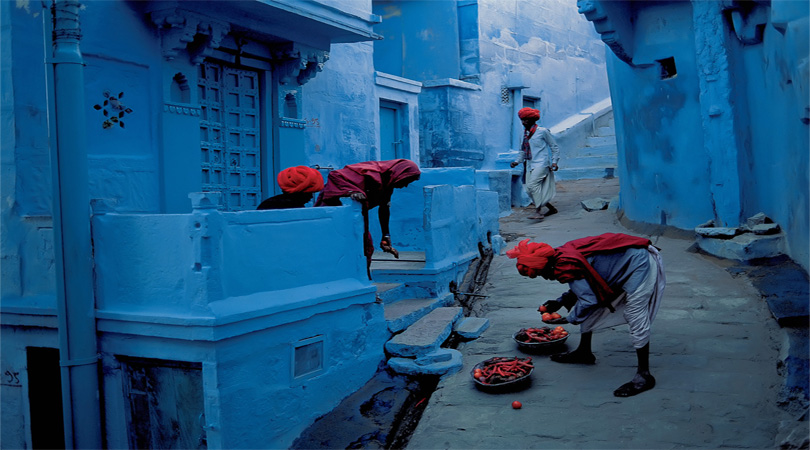 Jodhpur the city of Maharaja has its own charm. When you are in Jodhpur, exploring the whole city will take time. The city has enough to bring you back. October to March is the favourable month to visit the place. There is no scarcity of hotels in Rajasthan. You can also plan your stay in Palace turned hotels like Umaid Bhawan Palace hotels. Apart from this, there are many other luxury hotels in Jodhpur which offer full recreational packages to their guests.

The airport is just 5 km away from the city centre. Frequent flights connect Delhi, Mumbai, Kolkata, Udaipur and Jaipur. Taxis, auto-rickshaws and cabs are easily available outside the airport. Jodhpur railway station is well-networked with other major cities of the country. So, reaching Jodhpur is not a difficult task. The interstate buses, private deluxe buses and cabs are available throughout the state. It is just you have to reach and choose accordingly.