Contact us
Welcome to Traveling To World: The Smooth way to World Discovery > Travel > The Creepiest Places in the US 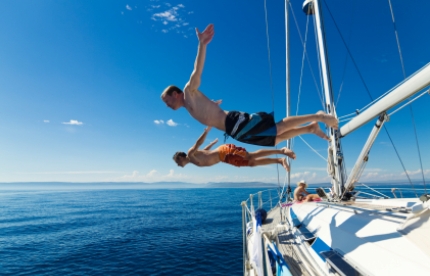 Exploring the unknown has always been a quintessential part of the human nature. Reality or fact, there is a mystical charm about legends that draws us closer towards them. From the dark alleys, urban legends, sleeping forests, gloomy ruins, to old abandoned buildings, paranormal occurrences find a way to penetrate our imaginations and scintillate our minds. So if you believe or prefer being called pragmatic, there are various places in the US have earned a distinction of being known as eternally doomed. Here are the most haunted places across the US –

Trans-Allegheny Lunatic Asylum, Weston, West Virginia – Once a popular lunatic asylum for thousands of people, the Trans-Allegheny Lunatic Asylum holds its shares of gore and bloodshed. According to reports, hundreds of inmates and visitors have been killed inside the periphery and the asylum was finally closed down in 1994. However, thrill seekers, ghost investigators and psychics to date can be seen roaming the grounds in order to feel or see any paranormal activity. You can also take a professional 2-hour or overnight paranormal adventure tour of the abandoned asylum.

Jerome, Arizona – The peaceful town of Arizona has earned a reputation of being known as a ghost town. With a sheer population of only 400, the quaint town, once famous for copper mining, now is known for its legends. Interact with the locals and they will tell you the various stories that echo their ancestors’ horrors of the Wild West. One of the legends of the place is the ghost of the girl named Sam Dean, who was brutally murdered and who is still searching for her murderer. With the last rays of the sun, a gloomy shadow draws over the town and travelers have experienced silent echoes, and the sounds of doors banging and walking and running through the various inns in the town.

Gettysburg, Pennsylvania – Considered as one of the most dynamic supernatural hot spots in the world, Gettysburg is arguably the most haunted places in the US. Hundreds of thousands of American soldiers killed there from 1st to 3rd July, 1863, in the Civil War. Apart from the regular sightings of unexplained figures and silhouettes, visitors also assert hearing eerie voices and even gunshots echoing in the night.

St. Augustine Lighthouse, Florida – According to the legends, the US government built another lighthouse as the original, which was constructed by the Spanish settlers washed away in a high tide. Although unexplainable deaths of the keepers and apparent sightings by visitors, followed with a singing breeze makes it one of the perfect setting for adventure lovers.

Haunted or not, there is definitely a distinct charm about the visiting places that are considered a paranormal hotspot. One of the best ways to make your rendezvous with the unexplained more interesting is by hiring a car and driving at your own pace. Car rental allows you to explore any location at leisure without having to worry about the availability of public transport of missing the next train out of the town. Plan your trip and who knows if you are lucky, you might get to hear the unheard.