Showing diversity in its each aspect, India becomes a land where people can be drenched in different colors of life. It enjoys a variety of languages, religions, cultural diversity and much more. Even nature has provided it a multiplicity in its natural environs. One side you can explore several hill stations and charming beaches then other side you can witness vibrant sand dunes of a desert. One can also witness the diversity in arts of various Indian states. Most of the states of India come with different classical dance forms. Each of these dances portrays a beautiful expression of life and almost every dance posture tells a special meaning. Know more about the dances from the different states of India.

One among the famous Indian classical dance forms, Kathak traces its origins to the nomadic bards of ancient northern India who were called as Kathaks or storytellers. They used to perform in villages and temples by telling the mythological story with hand gestures and wonderful facial expressions. Currently, this dance form of northern India carries the remnants of the temple and ritual dances along with the influence of the Bhakti movement. Post 16th Century, the dance form has absorbed certain uniqueness of central Asia.

Originated in the Indian state of Kerala in the 17th Century, Kathakali is an extremely expressive classical Indian dance-drama. It is mainly noted for the beautiful composition of characters, exceptional costumes and complete gestures. Eye-catching body movements in this dance are produced definite in line with the wonderful background music adding extra thumping. The dance has been improved over the years with better appearance, smooth movements and additional songs that have been added more ornate and precise drums. You can see the combination of sweet music, great painting, acting and dancing through this dance. 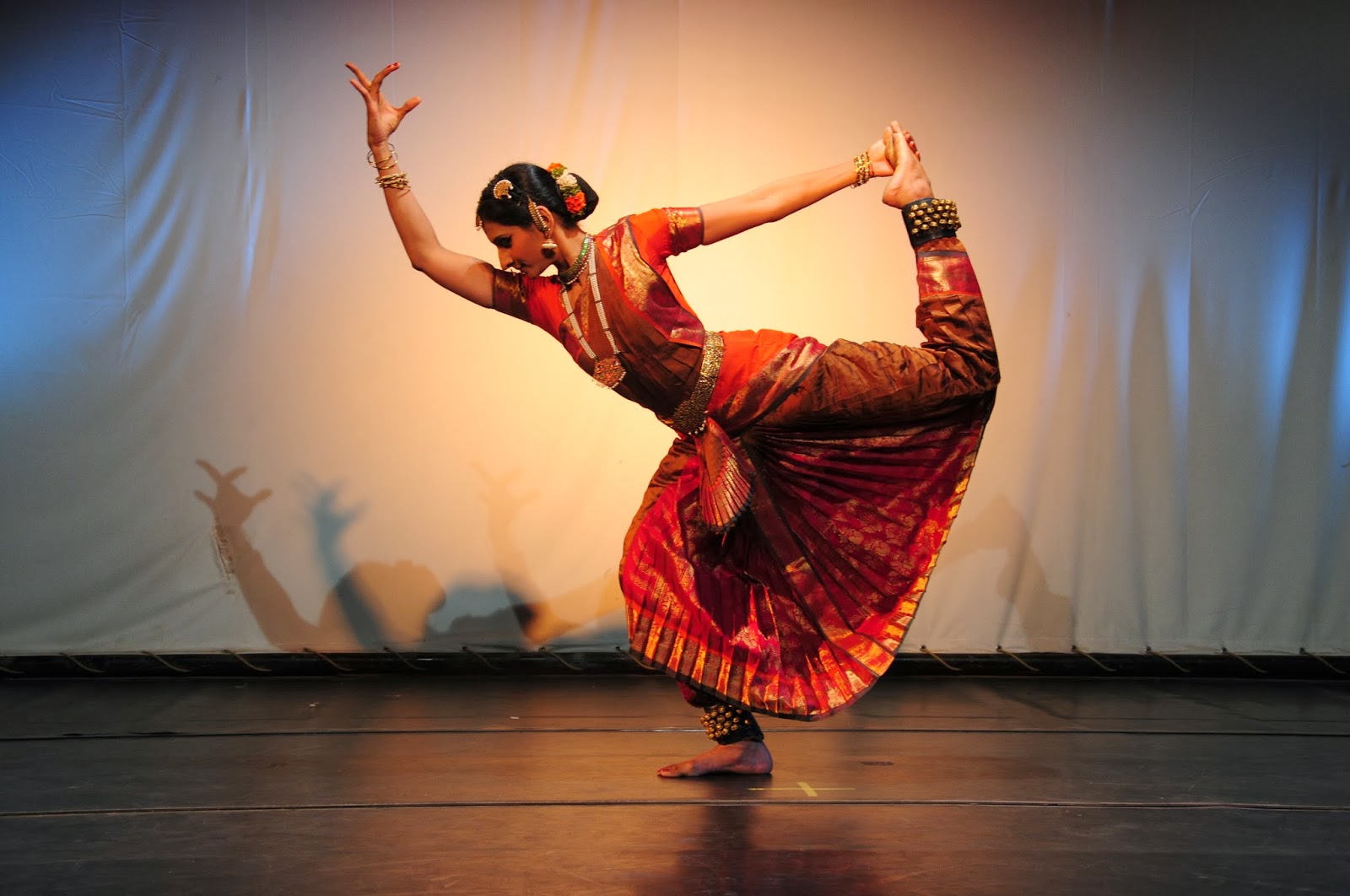 Bharatanatyam is a famous classical dance form, which originated in the Indian state of Tamil Nadu. Bharatnatyam is made from the combination of the words behave (express), Raga (Music), Tala (rhythm) and Natya (Indian classical Musical Theatre). It is one of the oldest forms of Indian classical dances, which is also called as 5th Veda. Usually accompanying classical music, this dance is motivated by the sculptures of the primeval temple of Chidambaram. At present, it is one of the most popular and broadly performed dance forms in all over the world.

Odishi originated in the Indian state of Orissa. Based on archaeological evidence, it is considered as the oldest existing Indian dance form. It is mainly notable among other Indian classical dance forms as it shows the independent movement of the head, chest and pelvis during the performance.

Originated from a northern Indian state of Manipur, Manipuri is a unique dance form in which dancers do not wear ankle bells. In fact, their feet never struck the hard ground. Body movements and facial expressions in this dance are delicate and offer complete devotion and grace.

A classical Indian dance form that originated in Andhra Pradesh, Kuchipudi is a popular dance form in India. The performance generally starts with some stage rites, after which each of the characters arrives on stage and introduces him with a small masterpiece of song and dance. After that, the dance begins, accompanied by songs.

There are several things about an India tour that tourists want to enjoy. Its classical dance can also be one of the beautiful aspects that need to be explored during your trip to India.