Contact us
Welcome to Traveling To World: The Smooth way to World Discovery > Uncategorized > The Top Five Historic Sites To Explore In London

For many visitors coming to London it is the cosmopolitan culture and the thriving night life that can be a big attraction, but it is a city with a long and interesting history, and there are plenty of historic sites to visit. The city is also home to a wealth of museums and other attractions, while there are also tours available looking at specific aspects of London’s history, such as the city during Charles Dickens’ life.

The Tower Of London

One of the most iconic buildings in Britain, the Tower of London was where many of the most notorious criminals in Britain were brought during its period when it was used as a prison, although the building was first used as a keep. At the heart of the complex is the White Tower, which is believed to have been built during the reign of Henry II, and was one of the strongest and most luxurious castles during the twelfth century.

While there are many bridges crossing the Thames in London, there is no doubt that Tower Bridge with its strong stone towers is the most distinctive and famous of these crossings. As well as being one of the busiest roads crossing over the Thames, it is when the bascules supporting the road rise to allow large ships through that the bridge is at its most impressive, and traffic is stopped to allow these ships to pass between the towers. There is also a lovely walkway linking the two towers high above the bridge itself, from which there is a great viewpoint over the city. While St Paul’s Cathedral may be the seat of the Bishop of London, its historic status rises well above just its importance to London, as it is widely considered to be one of the most important religious buildings in the country. Construction started on the cathedral in 1675 under the guidance of the architect Sir Christopher Wren, with his son placing the final stone on 26 October 1708. Visitors can explore the remarkable nave and the spectacular dome of the Cathedral, as well as seeing the tombs of some of the greatest figures in the history of the British Empire. The site is one of many featured in the Historical Sites of the World blog.

The Houses Of Parliament

Also known as the Palace of Westminster, this seat of the British democratic government is one of the most impressive in London, built along the banks of the Thames, right at the heart of the city. The building’s most famous feature is the wonderful clock tower, which is normally known by the name of its large bell, Big Ben. 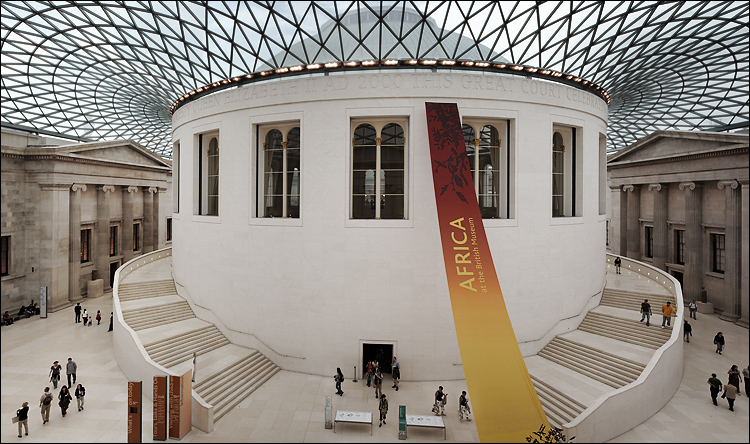 First established in the mid eighteenth century, the British Museum is housed in a spectacular building with a Greek inspired facade with stunning columns and fifteen impressive sculptures examining the development of civilization. As well as being housed in the historic nineteenth century building, the collections trace the history of the British empire and the world, with the stunning collection of Egyptian antiquities the best in the world.