Contact us
Welcome to Traveling To World: The Smooth way to World Discovery > Attraction > Kumbakonam – the holy of city in Tamil Nadu home to nearly 200 Hindu temples 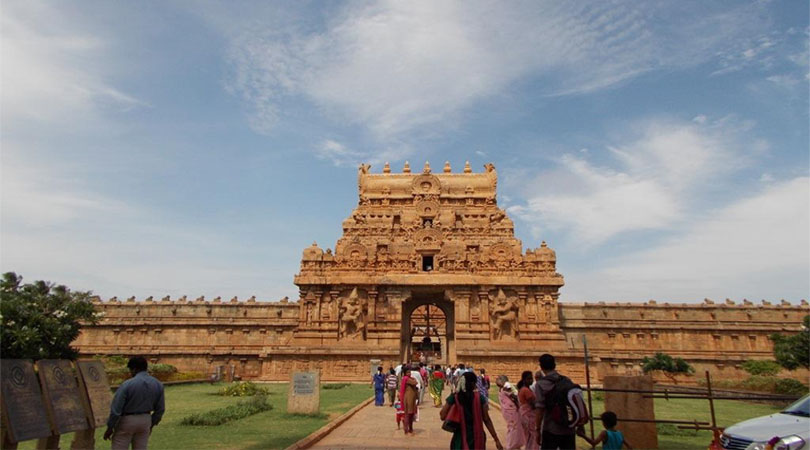 If one seeks a relaxing and refreshing vacation in one of the tourist destinations of South India, Kumbakonam makes one ideal destination to pick. It is a tranquil temple town where abides a pious religious milieu.

Kumbakonam, largely known as the “temple town” or “city of temples” is a significant part of Tamil Nadu. It is a special grade municipality in the district of Thanjavur and is the district headquarter. It is about 40 k.m. and 273 k.m. away from the city of Thanjavur and Chennai respectively. The place is one of the leading industrial centres of the state, as it is the hub of industries like manufacturing brass products, silk sarees, metal manufacturing, pottery, sugar, and indigo. The place is the most significant commercial centre in the entire Thanjavur province. Besides, agriculture still remains the oldest surviving industry in the place. The place is particularly known for the production of large tons of rice. Additionally, coffee plantation has also taken up a major spot in the list of chief industries in the town in the past few decades. 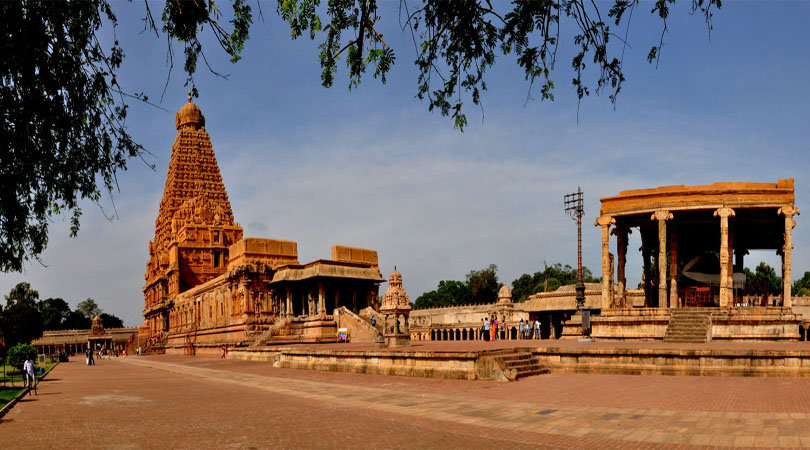 However, Kumbakonam or Coombaconum (as per the British India records) is primarily known for the ancient temples that it houses. The place has a set of nearly 200 old Hindu temples which explains the sobriquet of the place. There exists at least one prominent temple in every street, road, and locality. Not only the temples are the pious places to worship but they are also a visual delight to the onlookers and good references of history to the archeology buffs. Amongst the total temples in and around the place there exists a temple of Lord Brahma. Note that the Brahma temples are very rare and there only a handful of places in the world housing them. 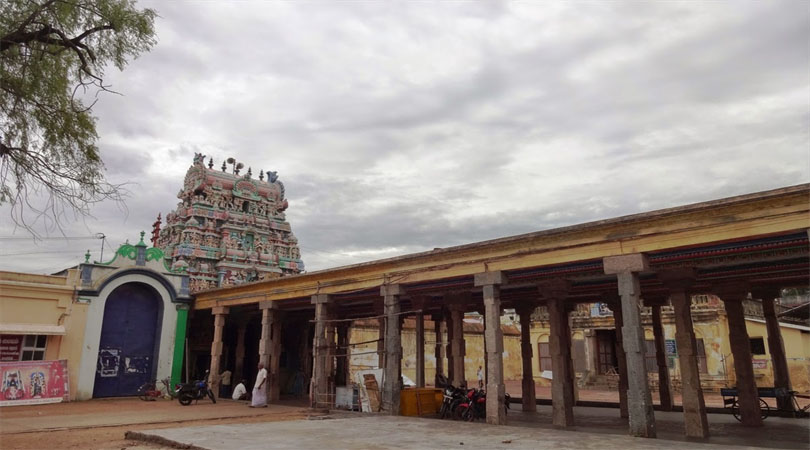 To name some of the most significant temples include: Kumbeswara Temple (temple based on which the town derived its name), Sarangapani Temple, Mahamaha Kulam/Pool, Thiruvidaimarudhur Shiva temple, Nageswaram Shiva temple, Swamimalai Murugan Temple, Oppilliappan Vishnu temple, Tirucherai SaranathaSwamy Vishnu temple, Darasuram Shiva temple (a UNESCO World Heritage Site), Tirupambupuram Shiva temple, Papanasam 108 Shiva linga temple, Navagraha Sannidhis/ temples, and Swamimalai Murugan Temple. Some of these temples are older than a couple of centuries and considered to be immensely revered. Every year huge counts of devotees, particularly Shaivites, Vaishnavites, and ardent devotees of Lord Brahma flock the little town. There is roughly any day in year that the prime temples aren’t occupied by devotes.

The good thing is that to take a good care of all the lodging needed for the huge counts of visitors arriving at the city, there exist a large number of hotels and other lodgings. Simply consider picking from the hotels in Kumbakonam with tariff best suiting your budget.

Blessed by the nature in abundance and housing a tranquil, religious milieu the place is perfect for taking a retreat. The place is simply relaxing and helps one rejuvenate. It is a historic place and is filled with numerous relics and remnants from the by-gone era. One of the major attractions of the town is the Mahamaham festival that attracts immense tourist attention. It is festival representing locals’ belief on the Gods, victory of good over evil, harmony, and prosperity. The festival is celebrated once in every 12 years and taking a dip in the Mahamaham tank along with the deities of the place is one of the chief activities amongst the devotees and tourists. If one seeks to best explore and relish the town, the festive season of Mahamaham festival is the best time to plan the trip.

Simply visit the religious town to explore south India’s traditions, culture, and significance of gods and deities in locals’ life.